Growing your business in Germany: 3 organizational points to think about.

Do you want to develop your business in Germany?

One of the key elements to know when entering the German market is that Germany is a federal country divided into Bundesländer – administrative regions. While France is a centralized country where Paris and its surrounding area predominate in the business world, Germany does not have a single economic center, but rather a series of hubs specializing in areas of expertise and whose geographical locations have various advantages.

In this article, we will look at three points to see how this decentralization influences your business if you want to expand across the Rhine.

Human resources is the first area not to be neglected for your company. While France has a large number of qualified workers in Paris, Germany has the advantage of having a homogeneous distribution of its workforce and qualifications throughout the country.

Nevertheless, there is a specialization by sector in several cities which have numerous companies and training courses in specific fields of activity:

This map of the de:hub initiative will help you to get an idea of the distribution of areas of expertise in Germany. This initiative, which connects SMEs and companies with new innovation partners from the science and start-up scene, is also a good starting point for contacts in Germany.

Map of the main hubs in Germany.

Another significant difference is that salaries in France are higher in the Paris region. In Germany, in addition to the sector of activity and the profession, the salary depends on the cost of living of the Land in which one is located. First of all, there is the post-war split between East and West Germany, which continues to be felt. The cost of living in the east is on average lower than in the west, except for Berlin. Large cities such as Hamburg, Frankfurt and Munich have a cost of living that is 10-20% higher than the national average, and therefore wages are also rising.

It is also essential to notice that in big cities with high salaries and high cost of living like Frankfurt or Munich, the competition between companies is tough. It is more challenging to recruit qualified staff because other companies are raising wages in order to become more competitive. In Berlin, for example, it is tough to find loyal employees in start-ups because the market is large and constantly recruiting. The fluctuation of staff is very high in these big cities.

One of the first questions from almost all our potential customers is always: How to make the first sales in a short time to make their expansion project profitable? And for that, you need German sales representatives.

So you should know that salespeople in Germany have to be very flexible. Since customers are spread all over the country, they are mostly mobile in order to canvass potential customers and companies all over Germany. This means that about a third of German companies provide company cars (nearly 5 million nationwide) as a benefit in kind for employees, a significant cost to be taken into account and very rare in France.

Top 100 businesses in Germany and their geographical distribution.

Since salespeople move around most of the time, the location of the company’s headquarters is not as important as in France. The train in France is like a spider’s web to Paris. In Germany, many major cities are directly connected, but as in France, the train is not always the fastest solution and delays can change a whole day’s planning. These factors should therefore be taken into account when planning to travel by public transport. It is therefore an argument for German companies to be more efficient and flexible in providing company cars to their employees who are often on the move. In addition, many SMEs are based in small towns and are only accessible by car.

Depending on your business strategy, the location of your subsidiary may facilitate trade with your target market. If you are not only interested in Germany but also in its neighboring countries, certain cities are to be preferred:

Companies from all over the world go to trade fairs to meet the best specialists, expand their networks or present themselves. Trade fairs also provide an opportunity to gain access to leads, i.e. contacts who are potential customers, and to demonstrate to them the seriousness of one’s company on key subjects. For example, data protection is a major selling point in Germany and trade fairs allow sales representatives to approach potential customers directly with these sales arguments. These trips should therefore be taken into account in your development strategy.

3 – Administrative management of the Bundesländer

Each region has decision-making rights in areas such as health and education. Therefore, when entering the German market, one must take into account:

For example, during the pandemic, the different German regions had the power to decide on the sanitary measures to adopt. These health measures therefore varied from one region to another, unlike in France, where decisions are made by the French government and apply to the whole country.

It is therefore essential to know, for the regulations of a particular sector, whether to inquire at state and regional level. The Bundesländer have decision-making powers in the areas of education, health, culture, police, construction and social welfare.

On the other hand, foreign policy, defense, justice, working conditions and taxation are dealt with at federal level.

Of course, laws and decisions in these areas cannot conflict with the country’s constitution, but they leave the regions a certain amount of autonomy and freedom.

You are now well on the way to considering the difficulties you may encounter when setting up in the German market, a federal state with a very different way of functioning from France.

These are the many points that we guide you through with Wyngs, as internationalization requires a thorough knowledge of the target country, so that you can adopt the best strategy for your company and enter the German market as smoothly as possible. Especially for the first local recruitments to establish an international corporate culture with cultural awareness and knowledge.
Would you like to learn more about a possible city in which to set up your German subsidiary? Check out our article on “Why Berlin may not be the best place to set up your business in Germany”.

Looking for the lost unicorn. Now the time has finally …

Globalisation has changed our society and, of course, has not …

Hiring a Country Manager to drive expansion into specific international …

The Wyngs website is made in France and Germany with 🤍

Do you have any questions? Let’s discuss how we can best internationalise your business and achieve your growth objectives.

We always have time and coffee (or tea) available to answer all your questions!

Wyngs needs your contact information in order to contact you about our services. You can unsubscribe at any time if you no longer wish to receive notifications. For more information on how to unsubscribe and our data protection practices, please see our privacy policy.

Would you like to have an initial meeting without having to make a commitment or find out more about working together? Just make an appointment with Andrea right here.

The status quo before the project

The DACH market had been identified by the Collective Thinking management as a strategic target market in Europe. First business development and sales actions have been conducted by the first German team and a GmbH had been established.
The CT team wanted to continue to build their knowledge of the German market, the identification of key partners, key client groups in order to better evaluate business development potential and sales targets. This knowledge shall help define an appropriate strategic and operational marketing approach for CT in the DACH markets. CT is also in the process of raising a Series A funding round, a European approach can be evaluated in this project.

Wyngs wanted to support the Collective Thinking Team to create a strategic and operational roadmap for optimized business development and marketing/communication, with a special focus on developing the DACH markets – Germany, Austria and Switzerland.

We prepared a 1-day workshop, divided into 2 major parts:

Presentation of results of the workshop in the form of a roadmap to concretely address the mentioned challenges. 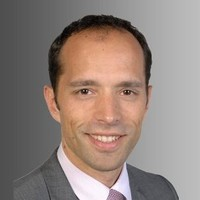